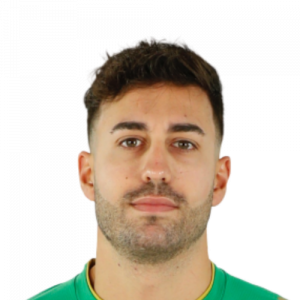 Víctor Camarasa Ferrando (born 28 May 1994) is a Spanish professional footballer who plays as a central midfielder for Real Betis.

Levante
Born in Meliana, Valencian Community, Camarasa joined local Valencia CF’s youth academy in 2001, aged seven. Ten years later he was released, and eventually finished his development with neighbouring Levante UD, making his senior debut with the reserve side in the 2012–13 season, in Segunda División B.

Betis
On 29 June 2017, Camarasa signed a five-year contract with fellow league club Real Betis. He scored his first competitive goal for them on 18 December, helping close a 2–0 away defeat of Málaga CF.

On 9 August 2018, Camarasa joined Cardiff City on loan for the upcoming campaign. He made his Premier League debut nine days later, playing 76 minutes in a 0–0 home draw against Newcastle United. His first goal came on 2 September, but in a 2–3 loss to Arsenal also at the Cardiff City Stadium.

In August 2019, Camarasa signed with Crystal Palace on loan until the following 30 June, with an option to make the move permanent afterwards. He made his debut on 27 August in a 0–0 home draw against Colchester United in the second round in the EFL Cup, with the tie being lost after a penalty shoot-out.

Camarasa returned to both Alavés and the Spanish top division on 13 January 2020, agreeing to a six-month loan deal.