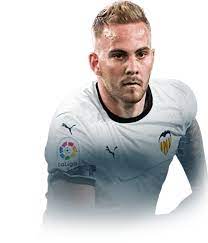 Uroš Račić (born 17 March 1998) is a Serbian professional footballer who plays as a central midfielder for Spanish club Valencia CF.

Valencia
Račić joined Valencia in the summer of 2018 in a €2.2 million transfer from Red Star Belgrade. On 13 June 2018, he signed a four-year contract, but was assigned to the B-team in Segunda División B. A fixed-rate clause of €100 million was inserted in his contract.

Loans
On 14 January 2019, Račić was loaned to Segunda División side CD Tenerife until the end of the season. He was then loaned to Portuguese team FC Famalicão in August 2019.