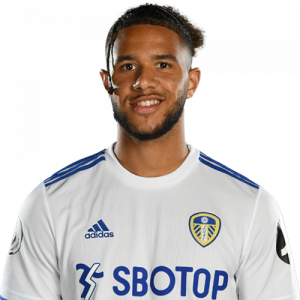 Tyler D’Whyte Roberts (born 12 January 1999) is a professional footballer who plays as a striker for Premier League club Leeds United and the Wales national football team.

He is an academy graduate of West Bromwich Albion and made his professional debut for the club in May 2016. Loan spells in League One with Oxford United, Shrewsbury Town and Walsall followed before he joined Leeds in January 2018. He also made his senior Wales debut in 2018, having previously represented the nation at various youth levels. A versatile forward, he can play as a striker, winger or as an attacking midfielder.

West Bromwich Albion
Having spotted him playing for junior side Tredworth Tigers at a Gloucester Festival, West Brom decided to sign Roberts for their academy when he was just seven years old.

2016–18 season: Loans to Oxford United, Shrewsbury Town & Walsall
On 28 July 2016, Roberts joined League One side Oxford United on a six-month loan deal until January 2017. He made his debut for the club on the opening day of the 2016–17 season, coming off the bench for Chris Maguire in a 1–1 draw with Chesterfield.

Leeds United
Roberts’ return to West Brom was short-lived, however, as the arrival of Daniel Sturridge on loan from Liverpool limited his first team chances further. As a result, on the final day of the January 2018 transfer window, he signed for Championship side Leeds United on a four-and-a-half-year deal for an undisclosed fee, believed to be around an initial £2.5 million potentially rising to £4 million depending on clauses. Having recovered from a minor knock which he arrived at the club with, Roberts looked set to make his debut in the middle of February. However, on 14 February, new club manager Paul Heckingbottom revealed that he had cracked his shin bone upon his return in training and would be ruled out for several weeks. He ultimately missed the remainder of the season through the injury.