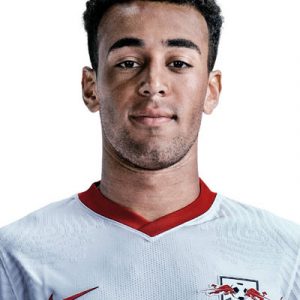 Tyler Shaan Adams (born February 14, 1999) is an American professional soccer player who plays for RB Leipzig in the Bundesliga.

Primarily a midfielder, Adams is capable of playing as a fullback or winger on either side of the defense or midfield.

Adams represented the United States at multiple youth levels before making his senior team debut in 2017.

A groin injury kept Adams sidelined for the summer of 2019 and the first half of the 2019–20 Bundesliga season. He returned for the last game before winter break, playing 86 minutes in a 3–1 victory over FC Augsburg. On March 10, Adams made his UEFA Champions League debut in the second leg game against Tottenham Hotspur, when he entered in the 56th minute as a substitute for Nordi Mukiele who sustained a head injury. Adams missed the first leg due to a minor calf injury. The game finished 3–0 (4–0 on aggregate) with Leipzig victorious and advancing to the next round.

On August 13, 2020, Adams scored the winning goal for Leipzig in a 2–1 win over Atlético Madrid, helping the club advance to the semifinals of the UEFA Champions League for the first time.