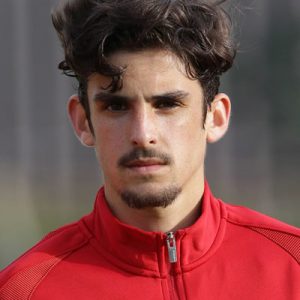 He started his career with Braga B, making his debut with the first team in 2018 and winning the 2019–20 Taça da Liga in his second season with the club. In January 2020, he signed with Barcelona for a reported €31 million fee, with the deal made effective in July.

Trincão is a former Portugal youth international, representing his country at various youth levels and being part of the under-19 team that won the 2018 European Championship where he was crowned top scorer. He made his senior international debut in 2020.

Barcelona
On 31 January 2020, FC Barcelona announced the transfer of Trincão, initially effective on 1 July. He signed a five-year contract for a €31 million fee, with a buyout clause of €500 million. He made his La Liga debut on 27 September, playing 12 minutes of the 4–0 home victory over Villarreal CF. He was handed his first start on 20 October in the 5–1 home rout of Ferencvárosi TC in the group stage of the UEFA Champions League, replacing Antoine Griezmann as the starting right winger and putting up a good performance.

Trincão scored his first goal on 7 February 2021, closing the 3–2 away win against Real Betis in the domestic league. He added a brace the following weekend after assists by Ilaix Moriba and Lionel Messi, helping the hosts defeat Deportivo Alavés 5–1.