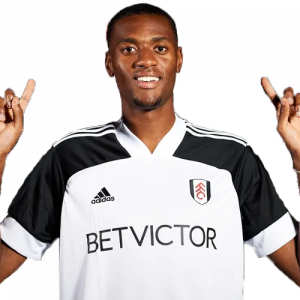 Adarabioyo joined the youth system at Manchester City aged five.After signing a scholarship in July, he made his U18 debut for the club aged 14 and was captaining the U18s aged 16. When Adarabioyo turned 17, he signed his first professional contract with Manchester City, keeping him until 2017.

Adarabioyo joined West Bromwich Albion on loan for the 2018–19 season. He made his debut for the club, starting the whole game in the right-back position, in a 1–1 draw against Nottingham Forest on 7 August 2018. In the first two months at the club, however, he found himself out placed on the substitute bench.

In July 2019, Adarabioyo joined Blackburn Rovers on loan for the 2019–20 season. He made his Blackburn debut when starting the whole game in the centre-back position in a 2–0 loss against Fulham on 10 August 2019.

On 5 October 2020, Adarabioyo signed for Manchester City’s Premier League rivals Fulham. As part of the transfer, the Manchester Evening News reported that Manchester City will receive up to £2million for the transfer and have inserted a 20 per cent sell on fee in the deal.