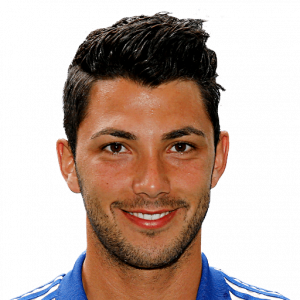 Tolgay Ali Arslan (born August 16, 1990) is a German-Turkish professional footballer who plays as a midfielder for Udinese.

Early career
Arslan was born and raised in Germany, in Paderborn, to Turkish parents from Çorum; his father, a real estate agent, moved to Germany when he was 11 years old. He began playing football at the age of six, when his father brought him along to watch Grün-Weiß Paderborn play. Arslan began his career with the local club. Patterning his game around Zinedine Zidane and Gheorghe Hagi, Arslan earned a move to Borussia Dortmund in 2003. After several years in Dortmund’s youth team, Arslan moved to Hamburger SV.

Arslan moved to Hamburger SV on a free transfer in 2009. He made his debut on 23 September 2009, coming in the 70th minute as a substitute for Marcus Berg in the second round of the DFB-Pokal against Osnabrück. Hamburg managed a 3–3 draw, but went on to lose 5–7 following a penalty shootout. Arslan made his league debut on 17 October 2009 in a 0–0 draw against Bayer Leverkusen.

He moved on loan to Alemannia Aachen for the 2010–11 season and scored his first goal for the club in the fifth week of the 2. Bundesliga in a 3–1 win against FSV Frankfurt.

Beşiktaş
On 27 January 2015, Arslan signed a four-and-a-half-year deal with Süper Lig club Beşiktaş. He came on as a substitute for José Sosa on 26 February in the 60th minute of a UEFA Europa League last 32 second leg against Liverpool, and 15 minutes later scored the only goal of the game, taking it to a penalty shootout in which he scored Beşiktaş’ last attempt before Dejan Lovren missed to eliminate Liverpool.