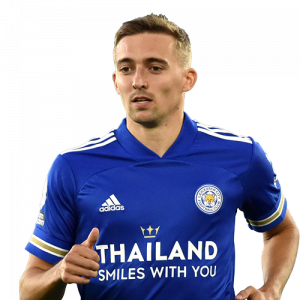 Timothy Castagne (born 5 December 1995) is a Belgian professional footballer who plays for Premier League club Leicester City and the Belgian national team. Mainly a right-back, he can also comfortably play left back.

Early career
Born in Arlon, Belgian Luxembourg, Castagne began playing football for local clubs US Waltzing and Lorrain Arlon before moving to the youth academy of Virton, the largest club in the province. He practiced with the youth teams of Standard Liège after going to a boarding school in the area, but continued to play matches at Virton during the weekend.

Genk
In 2011, Castagne moved to Genk, after Standard decided not to recruit him permanently. In June 2013, he signed a professional contract for three years at Genk. In January 2014, then Genk coach Mario Been included him in training camp with the first team after leaving a good impression, which meant that he was definitively included in the first team in the second half of the season. He made his Belgian Pro League debut under new head coach Alex McLeish on 14 September 2014 as a starter against Club Brugge. On 2 May 2015, Castagne scored his first senior goal in a 7–1 home win.

Atalanta
In July 2017, he joined Serie A club Atalanta in a €6 million deal, after Andrea Conti had left Atalanta for Milan. He scored his first goal for the Bergamo team on 2 January 2018, in Coppa Italia win over Napoli.

After a first season of adaptation, his play improved in the first half of the second season, and on 27 August 2018, he scored his first goal in the Serie A in a 3–3 draw against Roma. Alternating with Hans Hateboer on the right wing-back, he scored 4 goals in the league overall; the others came in the second leg against Roma, and in two important end-of-season victories against Lazio (1–3), and Genoa (2–1).

The following year he continued to alternate with Hateboer, scoring two goals in all competitions: on 22 September 2019, he scored the equalising goal in the 95th minute against Fiorentina in a 2–2 draw, and the other in the UEFA Champions League in which he scored the first goal in a 0–3 win against Shakhtar Donetsk which allowed the Nerazzurri to advance to the round of 16.

During three years at Atalanta, Castagne made 96 appearances and scored 8 goals in all competitions. His farewell was motivated by a difficult relationship with the coach Gian Piero Gasperini.