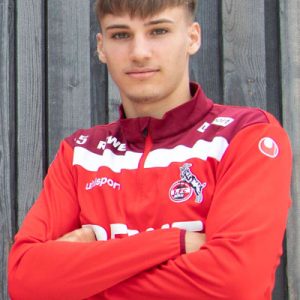 Tim Lemperle (born 5 February 2002) is a German footballer who plays as a winger for 1.FC Köln.

Club career
Lemperle began his career at TuS Makkabi Frankfurt. After stints in the youth academies of Mainz 05 and FSV Frankfurt, he joined 1.FC Köln in the summer of 2017. In early 2020, he was promoted to the club’s first squad. In May 2020, it was announced that Lemperle had signed his first professional contract that would keep him at the club until July 2023. On June 27 2020, Lemperle made his professional debut in a loss to Werder Bremen.

International career
Lemperle has represented Germany’s youth squads, beginning with the U 18 team in 2018. Since 2019, he is part of his country’s U 19.