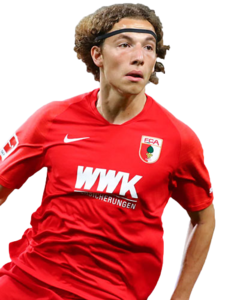 Tim Civeja (born 4 January 2002) is a German footballer who plays as a central midfielder for FC Augsburg.

Civeja played in his youth for TaF Glonntal, before joining the academy of FC Augsburg in 2015. He made his professional debut for Augsburg’s senior team in the Bundesliga on 16 January 2021, coming on as a substitute in the 87th minute for Rani Khedira against Werder Bremen. The away match finished as a 0–2 loss.

Civeja has appeared for the Germany under-18 and under-19 national teams.