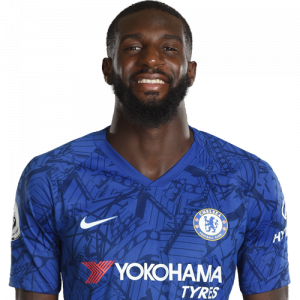 Tiémoué Bakayoko (born 17 August 1994) is a French professional footballer who plays for Serie A club Napoli, on loan from Chelsea.

He plays as a defensive midfielder, but can adapt to other positions such as a box-to-box midfielder due to his ability to break up play. He is considered to have all-round ability, as well as possessing physical power and athleticism, with France manager Didier Deschamps describing him as “a complete midfielder.”

After suffering a fractured leg as a young player, Bakayoko joined the academy at Rennes at the age of 13. At 14, he was turned down by the Clairfontaine academy. His senior career began at Rennes where he made 24 appearances before moving to Monaco in 2014 for 8 million EUR. In his first two seasons at the club, Bakayoko made 31 Ligue 1 appearances, but was a regular starter in the 2016–17 season, contributing to Monaco’s Ligue 1 title win as well as being named in the 2016–17 UEFA Champions League squad of the season. In 2017, he joined Chelsea for £40 million.

Bakayoko made his first senior international appearance for the France national team in March 2017.

On 6 October 2020, Bakayoko returned to Italy with Napoli on a season-long loan. He will link up again with Gennaro Gattuso, the current manager of the club who was in charge of A.C. Milan when Bakayoko spent the 2018–19 season there. He made his debut for the club on 17 October 2020, as Napoli beat Atalanta 4–1 at home. On 10 January 2021, he scored his first goal for the club to grant Napoli a late win, 2–1 at home to Udinese.