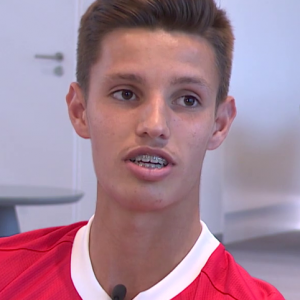 Tiago Filipe Oliveira Dantas (born 24 December 2000) is a Portuguese professional footballer who plays as a midfielder for German side Bayern Munich II on loan from Benfica.

Club career
Born in Lisbon, Dantas joined Benfica’s youth system in 2010. He made his professional debut with Benfica B in a 2–1 home win over Leixões in LigaPro on 11 August 2018.

Dantas debuted with Benfica against Vitória de Setúbal in the Taça da Liga on 21 December 2019.

On February 27, 2021, Dantas made his Bundesliga debut in Bayern Munich against 1. FC Köln.