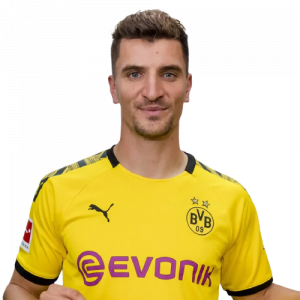 Thomas Meunier (born 12 September 1991) is a Belgian professional footballer who plays as a right back for Borussia Dortmund and the Belgium national team.