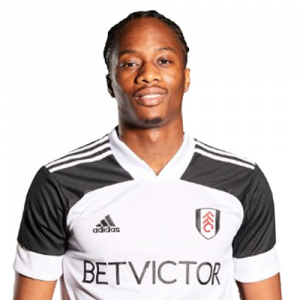 Terence Kongolo (born 14 February 1994) is a Dutch professional footballer who plays as a defender for Premier League club Fulham. A product of the Feyenoord youth system, he made his Eredivisie debut for them during the 2011–12 season, remaining there until 2017, when he signed for Monaco.

When playing for Monaco, he struggled to get into the first team, making until three appearances in Ligue 1 prior to his departure. He joined Huddersfield Town in January 2018, initially on loan, before rejoining them on a permanent transfer. When they were relegated from the Premier League in 2019, Kongolo remained for the first half of the 2019–20 season, before joining Fulham on loan in January 2020, making the deal permanent in October 2020.

After his future at Huddersfield Town continued to remain in doubt, Kongolo returned to Fulham, now in the Premier League after achieving promotion during Kongolo’s loan spell during the second half of the previous league campaign; he joined them on a permanent deal on 16 October 2020, the domestic transfer deadline day, for an undisclosed fee, believed to be around £4 million, potentially rising to £7 million. He made his return from injury on 9 January 2021, appearing in a 2–0 win over Queens Park Rangers in the FA Cup.