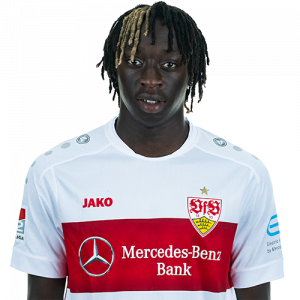 Tanguy Coulibaly (born 18 February 2001) is a French professional footballer who plays as a winger for Bundesliga club VfB Stuttgart.

VfB Stuttgart
On 2 July 2019, Coulibaly signed for VfB Stuttgart on a four-year contract. He made his debut in the 2. Bundesliga for the team on 20 October 2019 against Holstein Kiel.

Coulibaly’s first goal for VfB Stuttgart came in a 3–1 home loss to Bayern Munich on 28 November 2020. On 12 December, he scored in a 5–1 away win against Borussia Dortmund at the Westfalenstadion.

International career
In 2019, Coulibaly was called up by the Mali U20 national team for the FIFA U-20 World Cup in Poland.