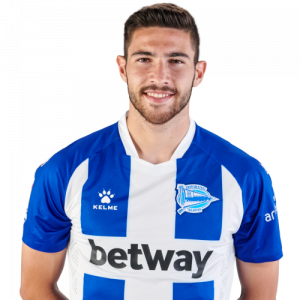 Alberto Rodríguez Baró (born 10 September 1997), commonly known as Tachi, is a Spanish professional footballer who plays for Deportivo Alavés as a central defender.

Born in Fuenlabrada, Madrid, Tachi joined Atlético Madrid’s youth setup in 2013, from Getafe CF. Promoted to the reserves ahead of the 2016–17 season, he made his senior debut on 28 August 2016 by starting in a 1–0 Tercera División away win against Fútbol Alcobendas Sport.

Tachi scored his senior goal on 7 May 2017, netting the opener in a 3–1 away defeat of AD Parla. He contributed with 33 appearances duting his first campaign, as his side achieved promotion to Segunda División B.

On 19 July 2019, after being a regular starter for Atleti’s B-side, Tachi signed a four-year contract with La Liga side Deportivo Alavés. He made his professional debut on 18 August, coming on as a late substitute for fellow debutant Luis Rioja in a 1–0 home defeat of Levante UD.