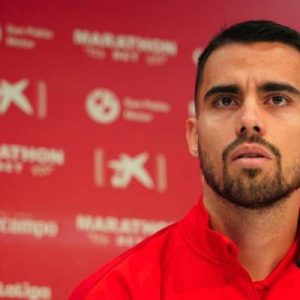 Suso represented Spain at various youth levels up to under-21, winning the 2012 UEFA European Under-19 Championship.

Sevilla
On 29 January 2020, Suso joined Sevilla on a 18-month loan deal, which includes an obligatory purchase clause. On 2 February 2020, he made his debut for the club, coming on as a substitute in a home La Liga draw against Alavés. On 16 February 2020, he assisted his former Milan teammate Lucas Ocampos’ goal and later, assisted by Ocampos, scored his debut goal for the club in a home 2–2 league draw against Espanyol. On 20 July 2020, Sevilla announced the club had signed Suso on a permanent deal for €24 million, with him signing a five-year contract. On 16 August 2020, Suso scored in a 2–1 victory over Manchester United in the semi-final of the Europa League. He then played in the final of the competition, which Sevilla won against Inter Milan.