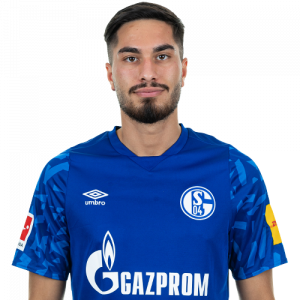 Suat Serdar (born 11 April 1997) is a German professional footballer who plays as a midfielder for Schalke 04 and the Germany national team.

Club career
Mainz 05
Serdar made his Bundesliga debut on 18 September 2015 against TSG 1899 Hoffenheim replacing Yunus Mallı after 88 minutes in a 3–1 home win.

Schalke 04
On 17 May 2018, it was announced that Serdar would be joining Schalke 04 on a four-year contract. Many people consider that Serdar was Schalke’s best player during the 2019/20 season.

International career
Serdar was born in Germany to parents of Turkish descent. He represented Germany at the U16, 17, 18, 19 and 20 levels.

He made his Germany national team debut on 9 October 2019 in a friendly against Argentina. He replaced Serge Gnabry in the 72nd minute.