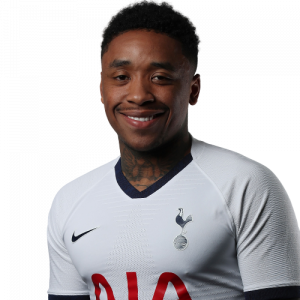 Bergwijn was born in Amsterdam to parents from Suriname. He started his career in the Ajax youth academy up to 2011, but due to a conflict with one of the trainers, chose to leave. He immediately signed to PSV, Bergwijn made his first-team debut for Jong PSV in the second division on 9 August 2014 against Achilles ’29. He replaced Liveson Kasenza after 77 minutes in a 2–0 home win.

At the end of the January 2020 transfer window Bergwijn signed a five-year contract with Tottenham Hotspur in a deal worth a reported £26.7 million. He scored his first goal for the club in his Premier League debut, a 2–0 victory against Manchester City, and was also named Man of the Match by Sky Sports. On 6 March 2020, Bergwijn suffered a sprain to his left ankle in the match against Burnley which might have sidelined him for the rest of the season, but due to the Premier League break caused by COVID-19, Bergwijn had time to recover and was able to return to the starting eleven, scoring against Manchester United in Tottenham’s first post-break match.

Bergwijn earned his first full international call up when Ronald Koeman named him in the Netherlands squad in October 2018. He made his debut as a starter on 13 October 2018 in a 3–0 2018–19 UEFA Nations League A victory over Germany.