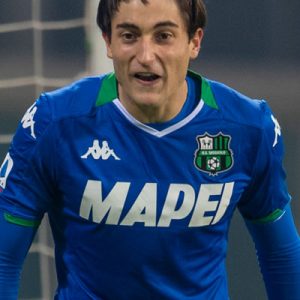 Stefano Turati (born 5 September 2001) is an Italian professional footballer who plays as a goalkeeper for Serie A club Sassuolo.

Club career
Starting his youth career at Inter Milan, Turati moved to Serie C side Renate in 2017 where he played both in the youth team and as a third-choice goalkeeper in the senior team. Without making his first team debut, Turati moved to Serie A side Sassuolo the following year, where he played as the main goalkeeper in the youth team. On 1 December 2019, aged 18, Turati made his professional debut against Juventus in the league, in a 2–2 draw away from home.