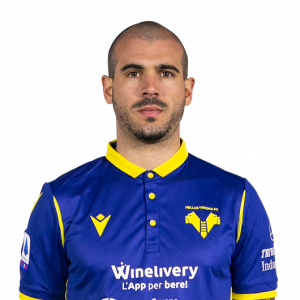 Stefano Sturaro (born 9 March 1993) is an Italian professional footballer who plays as a midfielder for Serie A club Hellas Verona, on loan from Genoa.

Sturaro began his career with local club Sanremese, and was signed by Genoa in 2008. After four years in the Genoese youth system, he was loaned to Modena in 2012. He returned to Genoa in 2013, with whom he made his Serie A debut on 25 August 2013. In July 2014, he moved to Juventus; after initially spending the first half of the 2014–15 season on loan with Genoa, he was recalled by Juventus in February 2015, where he won consecutive domestic doubles in his first four seasons with the club. He was subsequently loaned out to Portuguese club Sporting in 2018, and Genoa in January 2019, before being signed out-right by Genoa once again in the summer of 2019.

At international level, he also represented Italy at under-18 and under-19 levels, and represented the Italy under-21 at the 2015 UEFA European Under-21 Championship. He made his senior Italy debut on 6 June 2016, against Finland and was included in the squad for UEFA Euro 2016.

On 11 August 2018, Sturaro signed a season-long loan with Sporting.

After failing to make a single appearance for Sporting during the first half of the 2018–19 season, due to an ongoing Achilles injury, on 24 January 2019, Sturaro returned to Genoa on loan for the remainder of the season, for a loan fee of €1.5 million, with a conditional obligation to buy from Juventus. On 6 February, 13 days later, the obligation was trigged for an additional €16.5 million. The transfer fee was criticised by the media (and fans), as Sturaro did not even make his debut for Genoa on the announcement date of the definitive deal. La Stampa and La Gazzetta dello Sport also rumoured that the signing was part of the deal of Cristian Romero to Juventus in the future. Romero did join Juve on 12 July for €26 million.

He made his return debut for Genoa on 17 March 2019, coming off the bench in the 70th minute, and scoring the opening goal against his former team Juventus two minutes later, of an eventual 2–0 home win.

On 23 January 2021, Sturaro joined Hellas Verona on loan for the remainder of the season.