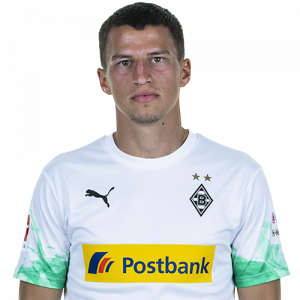 Stefan Lainer (born 27 August 1992) is an Austrian professional footballer who plays as right-back for Bundesliga club Borussia Mönchengladbach and the Austria national team.

Early career
Lainer started his career with the local club SV Seekirchen. In 2006, he came to Red Bull Salzburg. In 2010, he played his first match for the second team of Red Bull. His next step was SV Grödig, where he played on loan. In 2012, he returned to Salzburg where he was in the squad of FC Liefering, the second team of FC Red Bull Salzburg.

Lainer is the son of Leo Lainer, who played for SV Austria Salzburg and the Austrian national team.