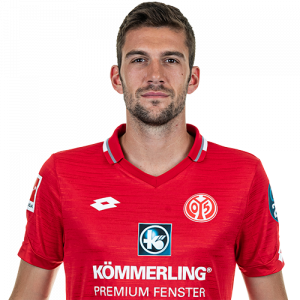 Stefan Bell (born 24 August 1991) is a German footballer who plays as a centre back for Mainz 05 in the Bundesliga.

Playing career
In his early years Bell played in the Jugendspielgemeinschaft Wehr/Rieden/Volkesfeld and afterwards he switched to the TuS Mayen. In 2007, he started playing in the youth team of 1. FSV Mainz 05.

He started his professional career on 29 August 2010 with 1. FSV Mainz 05 where he is currently playing.