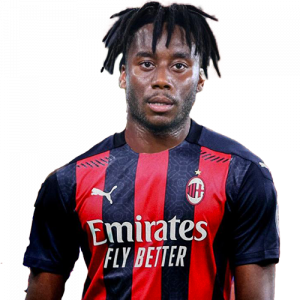 Soualiho Meïté (born 17 March 1994) is a French professional footballer who plays as a midfielder for Serie A club A.C. Milan, on loan from Torino.

Early career
On 14 March 2011, Meïté signed his first professional contract agreeing to a three-year deal with Auxerre. He was subsequently, promoted to the senior team by manager Laurent Fournier and assigned the number 32 shirt. Meïté made his professional debut on 20 November in a 2–1 defeat against Valenciennes appearing as a substitute.

Loan to Bordeaux
On 2 January 2018, he was loaned to Bordeaux. He scored his first goal on 15 April, in the away win against Montpellier for 3-1.

Torino
On 10 July, Meïté was signed by Italian club Torino through an equal exchange with full-back Antonio Barreca, who moved to Monaco. He made his debut for the Granata on 12 August during Coppa Italia against Cosenza (4-0) as a starter. He scored his first goal for the club on 26 August in a 2–2 draw against Inter Milan at San Siro.

Loan to Milan
On 14 January, Meïté signed with Milan, on loan from Torino with an option to buy.