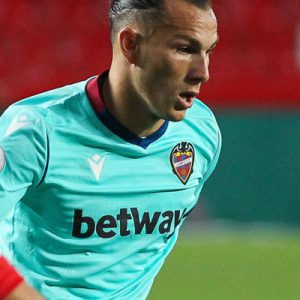 Mainly a right back, he can also play as a right winger.

Born in Seville, Andalusia, Son was an AD Nervión youth graduate, being also regularly utilized with the first team in the regional leagues. The following July, he joined Tercera División side CD Alcalá.

Son made his professional debut on 18 August 2019, starting in a 3–1 away loss against Cádiz CF. He was an undisputed starter for Ponfe during the campaign, appearing in 40 matches (37 as a starter) as his side avoided relegation.

On 23 July 2020, Son agreed to a four-year contract with La Liga side Levante UD.