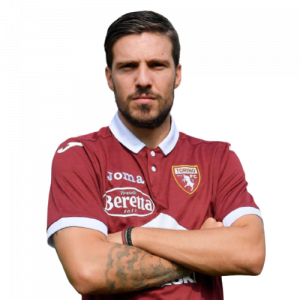 Simone Verdi (born 12 July 1992) is an Italian professional footballer who plays as a forward for Serie A club Torino and the Italy national team.

At the beginning of the 2011–12 season, Verdi transferred to Serie B club Torino in a co-ownership deal for €2.5 million (exchanged with Gianmario Comi and €150,000 cash). He made his official debut for the club in the first league game of the season, a 2–1 away win against Ascoli on 27 August 2011. He played 12 games in Serie B in the 2011–12 season with Torino, which finished in 2nd place and gained promotion to Serie A.

Return to Torino
On 2 September 2019, during the final minutes of the summer transfer window, Verdi was loaned to Torino for €3 million with an obligation to purchase of €20 million.