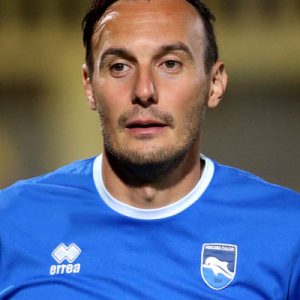 Simone Farelli (born 19 February 1983) is an Italian footballer who plays as a goalkeeper for Roma.

Farelli returned to Italian fourth level in 2005–06 season, for Vittoria. Then he left for Serie C1 club Ancona and then Lanciano. In February 2007 he received a call-up to Italy Universiade team for a training match. In that match he was a substitute.

Crotone
Farelli settled in Crotone in 2008–09 season, the first club that he spent more than 1 season. The team won the first ever promotion playoffs to the third level since 2008, the year that the level was renamed to Lega Pro Prima Divisione. He was the backup keeper of Emanuele Concetti in his two-year stay.

Siena (second spell)
In 2010–11 Serie B, Crotone signed Vid Belec and Giacomo Bindi, and Farelli was allowed to leave for Siena in 1+1 year deal. Siena was newly relegated from Serie A at that time.

He was the third keeper of Siena, behind Ferdinando Coppola and Gianluca Pegolo. Despite Coppola was replaced by Željko Brkić in 2011–12 season. Siena won promotion at the end of 2010–11 Serie B.

Novara
On 25 July 2017 Farelli was transferred to Novara, with Francesco Pacini moved to opposite direction on a temporary deal.

Pescara
On 4 September 2018 Pescara signed Farelli on a free transfer. He was assigned number 21 shirt.