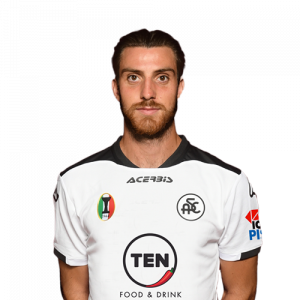 Simone Bastoni (born 5 November 1996) is an Italian professional footballer who plays as a midfielder for Spezia.

Loan to Novara
On 31 January 2019, Bastoni joined Novara on loan. Three days later, on 3 February he made his debut for Novara in a 0–0 home draw against Piacenza, he played the entire match. Bastoni ended his six-month loan with 16 appearances, including 14 as a starter.