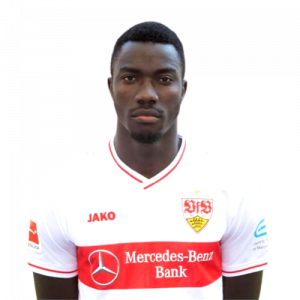 Silas Wamangituka Fundu (born 6 October 1999) is a Congolese professional footballer who plays as a forward for Bundesliga club VfB Stuttgart.

Career
Wamangituka began playing football in Kinshasa, DR Congo with his local club Olympic Matete FC. At the age of 17, his performances earned him a move to Alès in France, and after his debut season moved to Paris FC in the French Ligue 2. Wamangituka made his professional debut for Paris FC in a 2–0 Ligue 2 win over Troyes AC on 31 August 2018. On 11 September 2018, Wamangituka signed his first professional contract with Paris FC for three years.

On 13 August 2019, Wamangituka signed a five-year-deal with German club VfB Stuttgart. He played a big part in Stuttgart’s promotion to the Bundesliga. In his first 11 games, he recorded 7 goals and three assists.