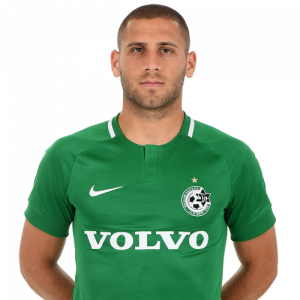 An academy graduate of Maccabi Haifa, Weissman made his senior debut for the club in 2014 before spending three seasons on loan with Israeli clubs Hapoel Acre, Maccabi Netanya and Ironi Kiryat Shmona. In Maccabi Netanya, he enjoyed a particularly successful campaign which culminated in the club reaching promotion to the Israeli Premier League. In the 2019–20 season, while playing with Austrian side Wolfsberger AC, he became the club’s first goalscorer in a European competition.

Formerly an Israel youth international, Weissman represented the nation from under-17 level. He made his senior debut in September 2019.