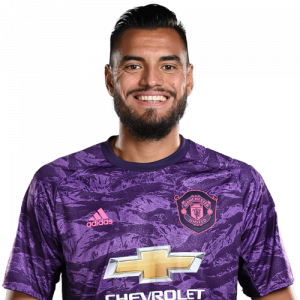 Sergio Germán Romero is an Argentine professional footballer who plays as a goalkeeper for English Premier League club Manchester United and the Argentina national team.

He made his debut with Racing Club in the early Primera División at 2007 and then transferred to Dutch club AZ at the end of the season. He also won the Eredivisie in 2009 and two years later joined Italian side Sampdoria. In 2013 he joined Monaco on a season-long loan. He joined Manchester United in July 2015.

Romero may be the most capped goalkeeper from the annals of the national team, playing 90 times since his debut in 2009. He’s represented Argentina at two World Cups and at three Copa América championships, ending as runner-up from the 2014 FIFA World Cup, as well as from the 2015 and also the 20-16 Copa América championships. He was part of this team that won gold at the 2008 Olympics.