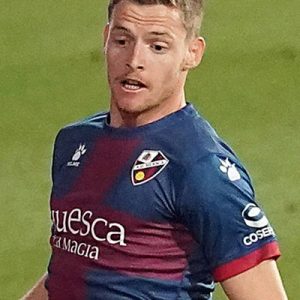 Sergio Gómez Martín (born 4 September 2000) is a Spanish professional footballer who plays as an attacking midfielder for SD Huesca, on loan from German club Borussia Dortmund.

Barcelona
Born in Badalona, Barcelona, Catalonia, Gómez joined FC Barcelona’s youth setup in 2010, after stints at CF Trajana PB Sant Just, CF Badalona and RCD Espanyol. After progressing through the youth setup, he made his senior debut with the reserves on 6 January 2018, coming on as a late substitute for Abel Ruiz in a 1–1 away draw against Real Zaragoza for the Segunda División championship.

Huesca (loan)
Gómez joined second division club SD Huesca on loan for the 2019–20 season on 12 August 2019. On 1 September of the following year, after helping in the club’s promotion to La Liga, his loan was extended for a further campaign.