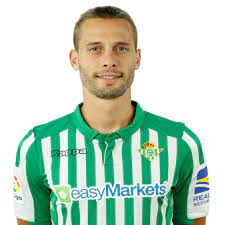 Sergio Canales Madrazo (born 16 February 1991) is a Spanish professional footballer who plays as an attacking midfielder for Real Betis and the Spain national team.

After starting out at Racing de Santander, he signed as a 19-year-old with Real Madrid for €4.5 million, but failed to reproduce his form at the latter club and left after only one season. He went on to represent, always in La Liga, Valencia, Real Sociedad and Betis.

Canales earned 39 caps for Spain all youth levels comprised, winning the 2013 European Championship with the under-21 team. He made his debut for the senior squad in 2019.