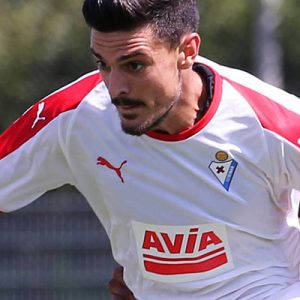 Sergio Álvarez Díaz (born 23 January 1992) is a Spanish professional footballer who plays for SD Eibar as a central midfielder.

Sporting Gijón
Álvarez was born in Avilés, Asturias. A product of Sporting de Gijón’s prolific youth academy, Mareo, the 17-year-old made it to the reserves during the 2009–10 season, with the side playing in the third division.

Álvarez made his debut with the main squad on 16 May 2010, starting in a 0–2 away loss against Racing de Santander and thus becoming the second youngest player ever to debut in La Liga for the club, at the age of 18 years and 113 days. However, he lost this record to Juan Muñiz that very match, when the latter entered the pitch in the 46th minute.

In summer 2013, Álvarez was definitely promoted to the first team, now in Segunda División. On 9 July 2015, after achieving promotion to the top division, he renewed with the Rojiblancos until 2019.

Eibar
On 26 July 2018, after spending 14 years in the club, Álvarez left Sporting for signing a four-year contract with SD Eibar in the top tier. 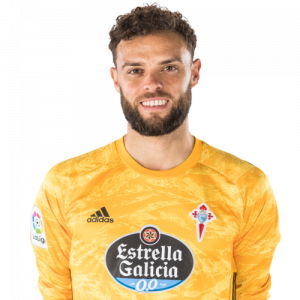 He spent his entire professional career with Celta, making over 180 competitive appearances.

Born in Catoira, Province of Pontevedra, Sergio began his career with local Arosa SC, joining Galician neighbours RC Celta de Vigo in 1999 at the age of 13. He made his senior debut with their reserves in Segunda División B, playing four full seasons in that tier and spending 2008–09 on loan to another club in that league and region, Racing de Ferrol.

Sergio made his debut for Celta’s first team on 4 June 2011, in a 3–0 Segunda División home win against FC Cartagena, the last matchday of the campaign. Shortly after, following the starter Ismael Falcón’s departure to Hércules CF, he was definitely promoted to the main squad, being awarded the #1 jersey.

Sergio played his first match in La Liga on 5 October 2012, keeping a clean sheet in a 2–0 home victory over Sevilla FC. He would spend the season as a backup to Javi Varas, however.

Varas subsequently returned to Sevilla from his loan but Sergio remained as understudy, behind fellow youth graduate Yoel. After the latter’s departure to Valencia CF, he renewed his link until 2016 and was finally chosen as first choice.

On 1 November 2014, Sergio made a string of superb saves to deny FC Barcelona in a 1–0 win at the Camp Nou. He was also an important unit of the Célticos in a 2–0 home defeat of Atlético Madrid on 15 February of the following year, finishing the season between the posts.

Having made only two league appearances, Sergio suffered a meniscus injury to his right knee in May 2020; Celta used the emergency transfer allocation to sign attacker Nolito rather than another goalkeeper. On 20 May 2021, aged 34, he announced his retirement from professional football.