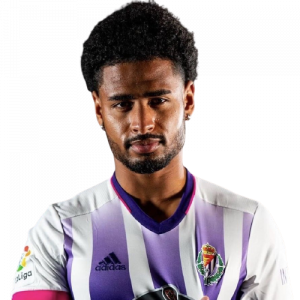 Sergio “Sergi” Guardiola Navarro (born 29 May 1991) is a Spanish professional footballer who plays for Real Valladolid as a forward.

Early career
Born in Manacor, Majorca, Balearic Islands, Guardiola was a product of Lorca Deportiva CF’s youth system, and made his debuts as a senior in the 2009–10 season, in Tercera División. In summer 2010, he signed with Segunda División B club Jumilla CF.

Eldense and Alcorcón
On 12 July 2014, Guardiola signed for CD Eldense after scoring nine goals in the 2013–14 campaign while playing for Novelda CF. On 14 May of the following year, he agreed to a three-year deal with AD Alcorcón, which was made effective on 1 July.

Barcelona B and offensive tweets
On 28 December 2015, Guardiola signed a one-and-a-half year deal with FC Barcelona, being assigned to its reserves in the third tier. However, just hours later, he was released after the discovery of offensive tweets about the club and Catalonia made in 2013. He claimed they were made by a friend as a joke, and that he had not noticed they had been posted.

Valladolid
On 25 January 2019, Valladolid reached an agreement with Córdoba for the transfer of Guardiola, who signed a contract until 2023.