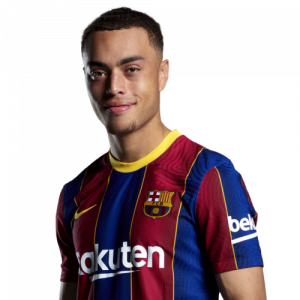 Sergiño Gianni Dest (born November 3, 2000) is an American professional soccer player who plays as a full-back for Spanish club Barcelona and the United States national team.

Born in the Netherlands to a Dutch mother and Surinamese-American father, Dest has represented the United States internationally at senior level since 2019.