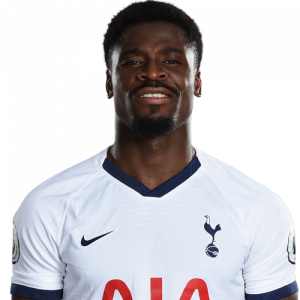 Serge Alain Stéphane Aurier (born 24 December 1992) is an Ivorian professional footballer who plays as a right back for Premier League club Tottenham Hotspur and captains the Ivory Coast national team.

Aurier moved to France as a child and played for Lens, Toulouse and Paris Saint-Germain, winning 11 major trophies with the latter. He totalled 169 appearances in Ligue 1 and was twice named in the competition’s Team of the Year. In 2017, he joined Tottenham for a fee of around £23 million.

He made his international debut for the Ivory Coast in 2013 and has earned over 50 caps. He represented the nation at the 2014 FIFA World Cup and three Africa Cup of Nations tournaments, winning the 2015 edition.