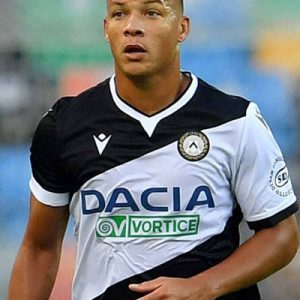 Sebastien De Maio (born 5 March 1987) is a French-Italian footballer who plays as a centre back for Udinese.

Aside from France, he has played in Italy and Belgium.

Born in Saint-Denis, De Maio grew up in Nancy youth team, and in the summer of 2006 he was acquired by Brescia. He made his professional debut on 17 June 2007, in a 0–2 defeat to Rimini.

On 24 January 2019, Di Maio joined Udinese on loan from Bologna for the rest of the season. Udinese confirmed on 29 May 2019, that they had redeemed the player and he would remain at the club, penning a new 3-year contract with the club.