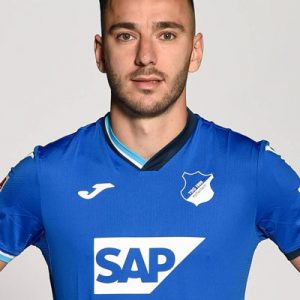 Sargis Adamyan (born 23 May 1993) is an Armenian footballer who plays for 1899 Hoffenheim and the Armenia national team.

Early life
Born in Yerevan, Armenia, Adamyan moved to Germany at age five. He spent some of his youth years at Hansa Rostock.

Career
In the 2016–17 season, Adamyan scored 16 goals and made 5 assists in 33 Regionalliga Südwest matches for TSV Steinbach.

On 5 June 2017, he signed a two-year contract with 2. Bundesliga side SSV Jahn Regensburg.

Adamyan signed a three-year contract with Bundesliga club TSG 1899 Hoffenheim on 14 May 2019.