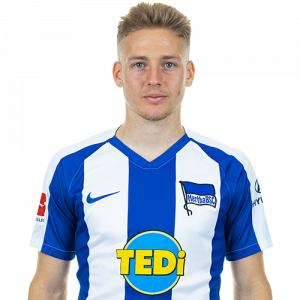 Santiago Ascacíbar (born 25 February 1997) is an Argentine professional footballer who plays as a defensive midfielder for Hertha BSC and the Argentina national football team.

International career
He represented Argentina in the football competition at the 2016 Summer Olympics. He made his senior international debut for Argentina on 8 September 2018 in a 3–0 international friendly against the Guatemala national football team. With the U20 team, Argentina finished in 4th place at the 2017 South American Youth Championship, thus qualifying to the 2017 U20 FIFA World Cup. As the case at the Olympics which was held a year prior, Argentina did not make it past the group stage.