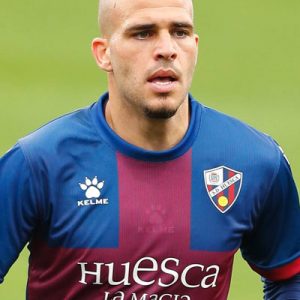 He began his professional career at Barcelona playing mainly in their reserves, and won seven domestic and international honours with the first team. In 2017 he signed with Everton after a successful season with Málaga, being loaned three times before his release.

Sandro was a Spanish youth international.

Barcelona
Born in Las Palmas, Canary Islands, Sandro joined FC Barcelona’s youth setup in 2009, aged 14, after starting out at local UD Las Palmas. On 10 June 2013, he was promoted to the former’s B-team, and made his professional debut on 17 August in a 1–2 away loss against CD Mirandés for the Segunda División championship.

Málaga
On 2 July 2016, Málaga CF leaked news of the potential signing of Sandro, and their official website temporarily featured a player profile, shortly after his release from Barcelona.

Everton
On 3 July 2017, Sandro signed for Everton on a four-year contract after the club triggered a £5.2 million release clause in his Málaga contract. He made his debut on 12 August, starting in a 1–0 home win against Stoke City in the Premier League.

Huesca
Sandro signed a three-year contract with SD Huesca on 5 October 2020, on a free transfer.