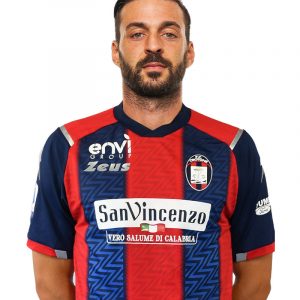 Samuel Di Carmine (born 29 September 1988) is an Italian professional footballer who plays as a striker for Serie A club Crotone, on loan from Hellas Verona.

On 1 July 2008, Championship side Queens Park Rangers, owned by Italian Formula One mogul and businessman Flavio Briatore, signed Di Carmine on loan for the 2008–09 season.

On 28 October 2008, Di Carmine scored his first league goal for Queens Park Rangers, scoring in the 54th minute against Birmingham.

On 19 August 2009, he was loaned to Serie B club Gallipoli. Two days later, he played his first game for the club, substitute William Pianu in the second half. The match ended in a 1–1 draw with Ascoli.

Di Carmine was signed by Serie B club Frosinone in co-ownership deal for a peppercorn fee of €500.

In the summer of 2013, he moved to S.S. Juve Stabia. Despite the club relegated from Serie B, he remained with the club.

Di Carmine was loaned out to Hellas Verona from Perugia for the 2018–19 season. He helped the team clinch promotion to Serie A with his 11 league goals and Verona signed him on a permanent contract ahead of the 2019–20 season.