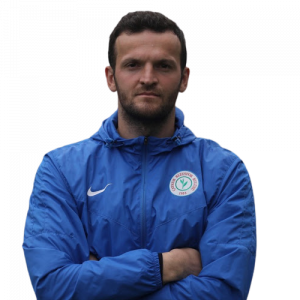 Samir Ujkani (born 5 July 1988) is a Kosovar professional footballer who plays as a goalkeeper for Italian club Torino and captains the Kosovo national team.

He previously represented Albania at youth and full international level.

On 18 July 2018. Ujkani signed with the newly promoted team of Süper Lig side Çaykur Rizespor, on a three-year contract. On 26 September 2018, he made his debut for Çaykur Rizespor in the third round of the 2018–19 Turkish Cup against Tarsus Idman Yurdu after being named in the starting line-up.

From the beginning of 2019, Ujkani was excluded from the first team squad alongside 4 other foreign players and moved down to the U21 squad.