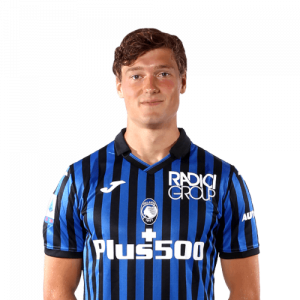 Sam Lammers (born 30 April 1997) is a Dutch professional footballer who plays as a striker for Serie A club Atalanta.

Before Lammers signed for PSV in 2010, he played for Willem II and VOAB, a local football club from Goirle. His debut in paid football was on 10 August 2015, when he faced Go Ahead Eagles with Jong PSV. On 8 August 2016, he scored a hat-trick in Jong PSV’s 5–4 win against Den Bosch.

Lammers made his debut for PSV Eindhoven on 21 September in a cup match against Roda.

In September 2020, Lammers joined Serie A club Atalanta. The transfer fee paid to PSV was reported as €9 million plus €2 million in possible bonuses. On 4 October, he scored his first goal in a 5–2 win against Cagliari.