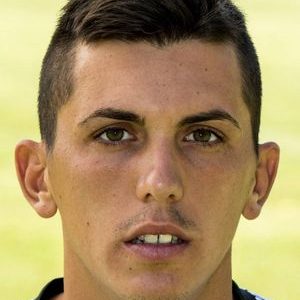 Salvatore Andrea Molina (born 1 January 1992) is an Italian professional footballer who plays as a winger for Serie A club Crotone.

Molina played his first match as a professional on 7 August 2011, starting in a Coppa Italia 3–0 home win against Trapani. He made his league debut on 4 September, starting in a 1–2 home loss against Benevento, and scored his first goal on 11 December, netting the first of a 3–1 home success over Ternana.

On 29 August 2012, Molina joined Barletta in a season-long loan deal. He was an ever-present figure for the club, scoring two goals in 31 appearances.

On 17 July 2013, Molina and team-mate Doudou Mangni moved to Modena on loan. He made his Serie B debut on 24 August, playing the full 90 minutes in a 1–1 home draw against Palermo.

Molina scored his first goal in the division on 29 December in a 1–1 draw at Cesena. He later netted a brace in a 4–0 home defeat of Bari on 16 February of the following year, and finished the campaign with 39 matches and four goals, with his side being knocked out in the play-offs.

On 20 June 2014, Molina returned to Atalanta, and made his Serie A debut on 21 September, replacing Boukary Dramé in the 82nd minute of a 0–1 home loss against Fiorentina.

On 31 August 2016, Molina was signed by Avellino in a temporary deal.

On 8 August 2018, Molina signed with Serie B club Crotone.