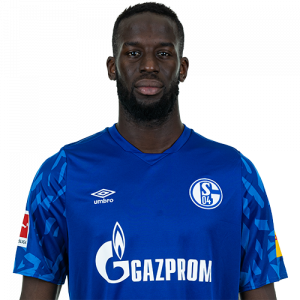 Salif Sané (born 25 August 1990) is a professional footballer who plays for Schalke 04 as a defender. Born in France, he represents Senegal at international level.

Club career
Born in Lormont, Sané spent his early career playing club football in France for Bordeaux, Nancy and Nancy II. In June 2012 Sané rejected an offer from Belgian club Anderlecht. In May 2013 it was announced that he would transfer to German club Hannover 96 on 1 July 2013, signing a four-year contract with the club.

Sane is a key player for Schalke. His strength, athleticism and tackling ability has made him one of the best defensive players in the Bundesliga. Sane’s flexibility as a player has allowed him to play both in defence and in midfield. When he has played in defence, he has contested and won more aerial duels than any other player in the Bundesliga.