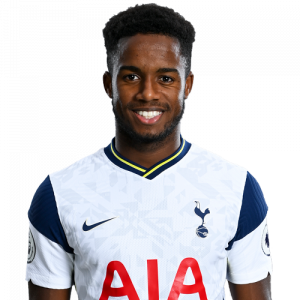 Kouassi Ryan Sessegnon (born 18 May 2000) is an English professional footballer who plays as a left-back or left winger for German Bundesliga club 1899 Hoffenheim, on loan from Tottenham Hotspur.

Sessegnon made his breakthrough in the Fulham senior side in 2016, aged 16. He made an instant impact, becoming the first footballer born in the 2000s to score a goal in a first-team game in the professional English leagues, and the youngest player to score in a Championship match. In 2017–18, his second season, Sessegnon helped Fulham achieve promotion to the Premier League via the play-offs, scoring fifteen goals and winning numerous personal awards. He totalled 120 games and 25 goals for Fulham, before joining Tottenham for a £25 million fee in 2019.

On 5 October 2020, Sessegnon joined 1899 Hoffenheim on a season-long loan deal. Hoffenheim fans voted him player of the month for November.