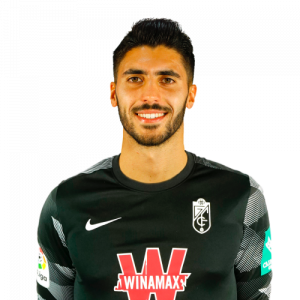 Nacional
Born in Águas Santas, Maia, Porto District, Silva began his development at local F.C. Maia before completing it at C.D. Nacional, whom he joined in 2012. He made his professional debut on 26 January 2014 in a dead rubber Taça da Liga group match at Leixões SC, keeping a clean sheet in a 2–0 victory. His Primeira Liga debut came on 11 May in the final fixture away against Gil Vicente FC, giving away and conceding the penalty from which Diogo Viana scored the only goal.

Granada
On 27 January 2017, Silva signed a four-and-a-half-year contract at Spanish La Liga club Granada CF, as a replacement for Levante UD-bound Oier Olazábal. Costing €1.5 million, he was completely unused in his first season in which the Andalusians were relegated to the Segunda División, as Guillermo Ochoa was unchallenged.

Silva remained second choice, this time to Javi Varas, and debuted on 6 September 2017 in the second round of the Copa del Rey, a 3–0 away defeat to Real Zaragoza. He made four league appearances, the first being a 0–1 loss at Rayo Vallecano on 2 December while the veteran Spaniard was grieving the death of a family member.

Under new manager Diego Martínez, Silva became the starter and missed just two games as the Nazaríes finished second to CA Osasuna and won promotion in the 2018–19 campaign. He was given the Ricardo Zamora Trophy for best-performing goalkeeper in the league, and was also voted best in his position.

In 2020–21, Silva represented Granada in their debut European campaign, reaching the quarter-finals of the UEFA Europa League. He then chose to allow his contract to expire.