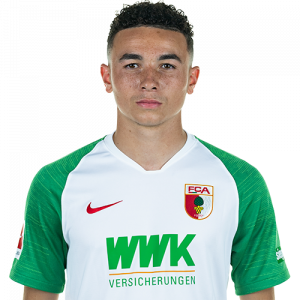 Rubén Estephan Vargas Martínez (born 5 August 1998) is a Swiss professional footballer who plays as a winger for Bundesliga club FC Augsburg and the Switzerland national team. Vargas made his professional debut for FC Luzern in a 1–1 tie with FC Zürich on 27 August 2017.

He signed a 5 year contract with Augsburg in the summer of 2019, becoming the first Bundesliga player of Dominican descent. He scored his first goal in his second match, against Union Berlin.

Vargas made his Switzerland senior team debut on 8 September 2019, in a Euro 2020 qualifier against Gibraltar. He replaced Granit Xhaka in the 74th minute.