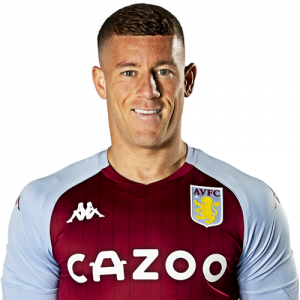 Ross Barkley (born 5 December 1993) is an English professional footballer who plays as an attacking midfielder for Aston Villa, on loan from fellow Premier League club Chelsea, and the England national team.

Barkley began his professional career at Everton in 2010. After loan spells at Sheffield Wednesday and Leeds United he became a regular in their team, playing 179 total games and scoring 27 goals for Everton. He signed for Chelsea in 2018 and won the FA Cup in 2018 and UEFA Europa League in 2019.

Barkley made his full international debut in 2013. He played for England at the 2014 FIFA World Cup and was selected in Roy Hodgson’s 23-man squad for UEFA Euro 2016 but did not appear in any of England’s matches. Managers and teammates have compared his style of play to those of Michael Ballack, Paul Gascoigne and Wayne Rooney.

On 30 September 2020, Barkley joined Chelsea’s Premier League rivals Aston Villa on a season-long loan. On 4 October 2020, Barkley made his Villa debut, scoring one goal in a 7–2 home victory over Liverpool.